Chapter 3
The Anatomy of Expert Sales Performance
Experts, Journeymen, and Novices
Before we can go any further in our journey to expertise, we must first understand the structure of expert sales performance by addressing several key questions:
This chapter also serves as a glossary of sorts, where we define several key terms and concepts that are used throughout the book. The goal is to reduce doubt by level-setting key terms to maximize clarity. This understanding helps to give you a solid foundation to gain knowledge from Expert Selling.
The academic definition standard for expert suggests a world-class level performer. However, researchers on expertise in natural settings (e.g., business) tend to rely on the more practical definition of superior performer. In this context, an expert performer is someone who consistently performs better than other performers. A journeyman is characterized by a solid track record of experience with adequate skills and performance. Journeymen are your typical advanced performers who aspire to move to the expert level. Novice sellers have limited or no experience, basic skills, or a history of subpar sales results.
I am often asked, “Are the top producers always the experts?” Perhaps the top producer has the best territory, or maybe he is assigned the highest revenue accounts. Because of these and other factors, be careful not to equate results alone to expert performance. However, as you will discover later in this chapter, there’s a causal link between skill, performance, and results. Expertise is marked by consistent and overall performance excellence.
The use of the term expert tends to vary from industry to industry. Therefore, it is important to overlay your particular industry guidelines with the definitions just described. That being said, experts always know who they are. Award-winning blogger and entrepreneur Corbett Barr said it best: “You don’t have to be the world’s greatest expert. It’s about being expert enough to accomplish your goals.”
Our working definition of performance is to consistently execute a task well. The premise of this book’s focus is individual performance as opposed to organizational performance. Organizational performance includes internal environment factors that influence outcomes such as compensation systems, infrastructure, culture, and management. External factors, including the economy and competition, also play a role in organizational performance. Most salespeople work as part of a team that is connected to a company structure. Therefore, it’s important to understand how sales reps drive organizational performance, and likewise, how the organization’s work environment affects sales rep production.
We have learned now that personal and organizational performance affects the other, but how do they impact sales performance? To answer this question, we first must define sales performance. We can think of it as a structure of three cylinders—capability, execution, and results—as indicated in Figure 3.1. 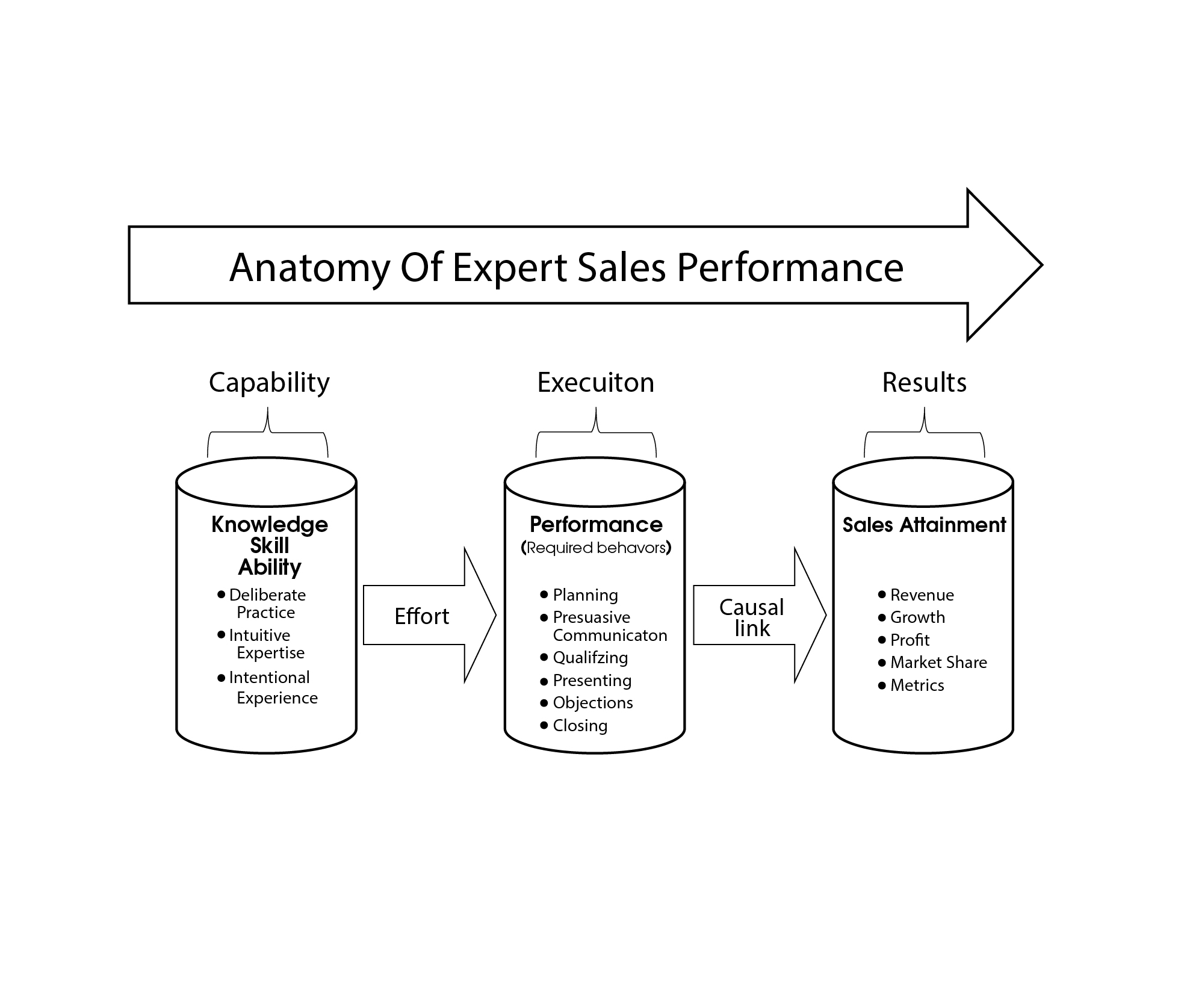 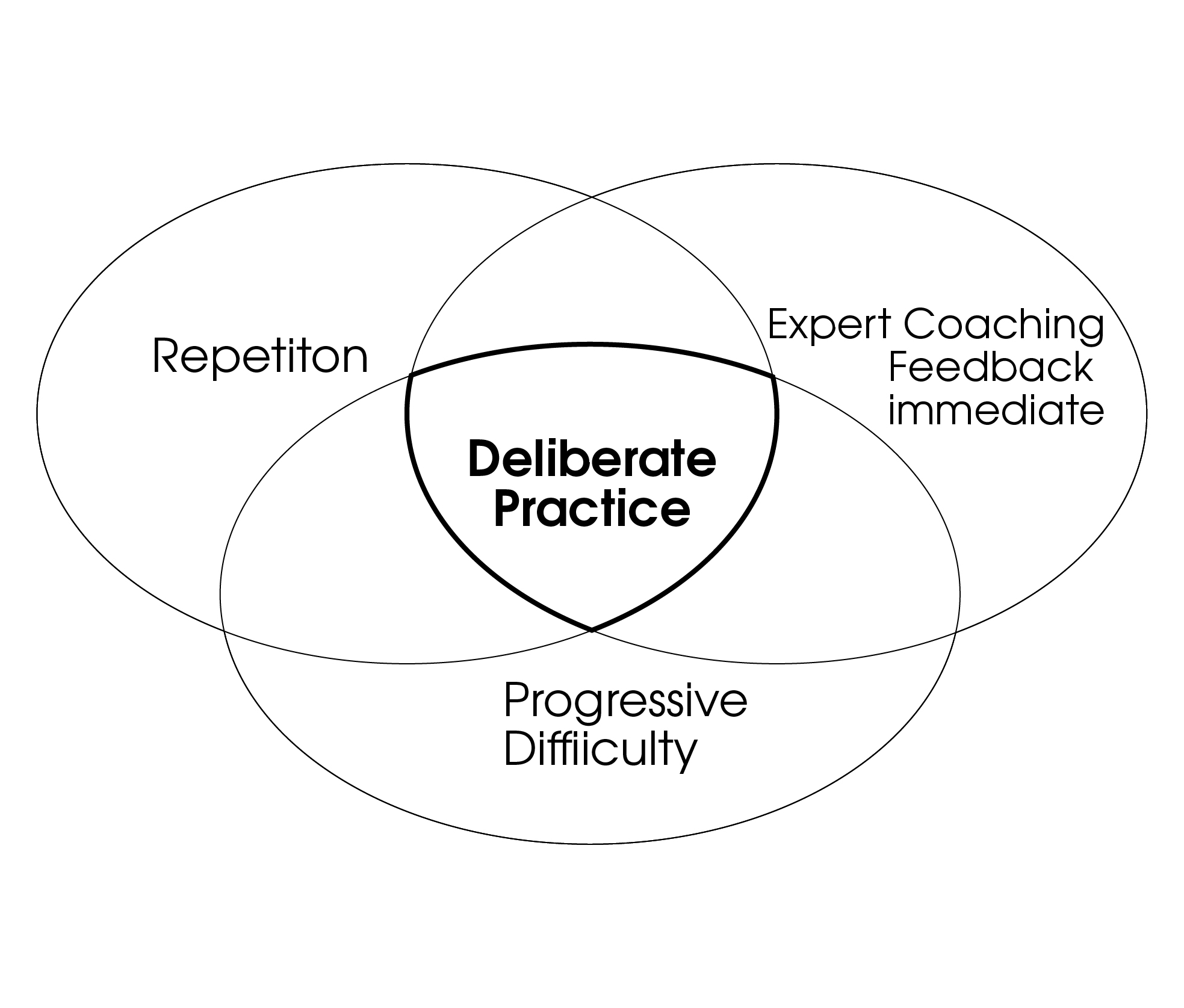 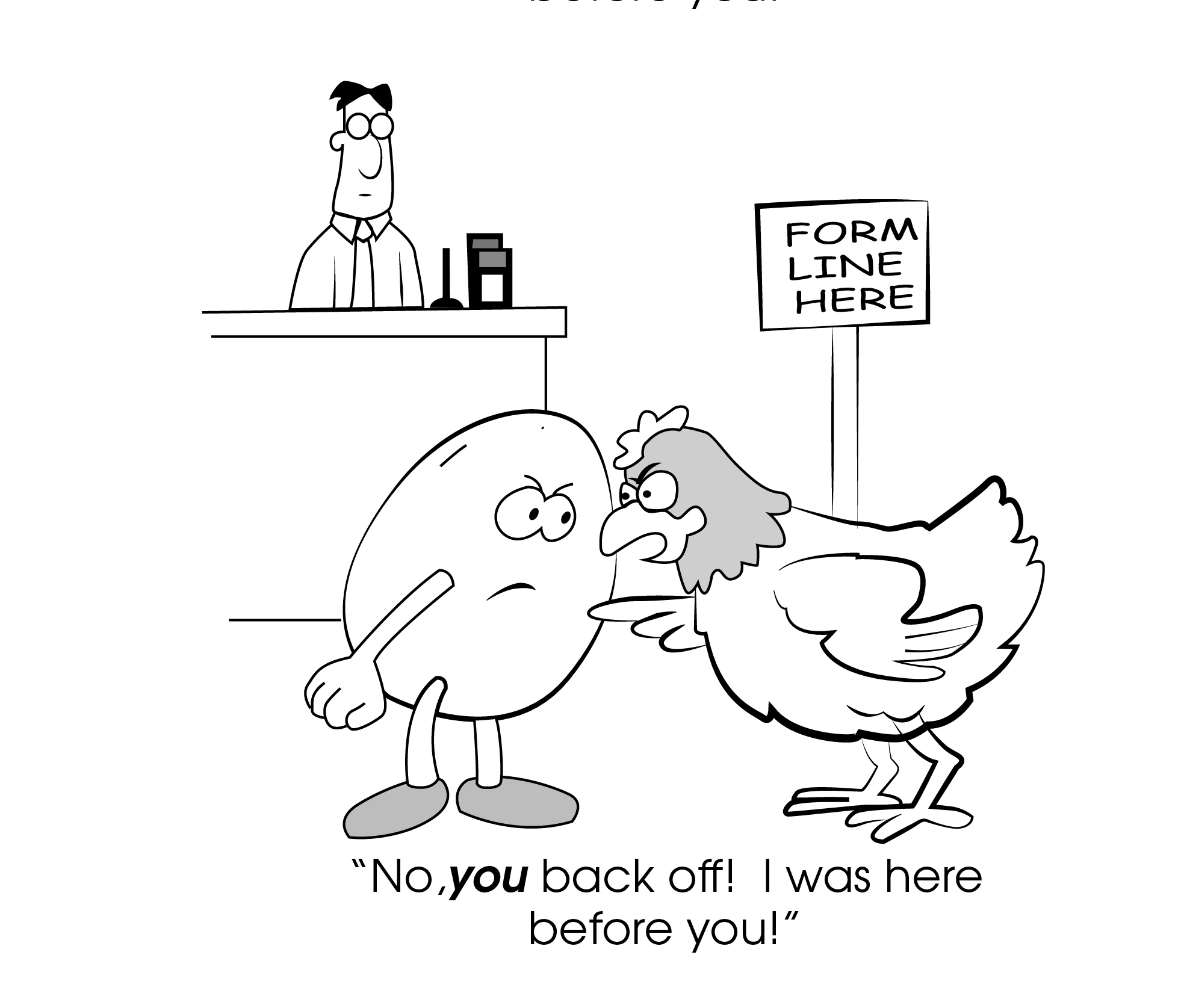